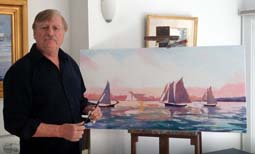 LEONARD MIZEREK Fellow, ASMA, nurtured his artistic love of nature while growing up and painting in the Brandywine Valley and countryside of nearby Pennsylvania. His early influence was with the Pennsylvania Impressionists and Brandywine School.

In 2006, 2011 and 2016 he was awarded Artist in Residence at the Museum Yvonne Jean-Haffen in Dinan, France and 3 of his paintings were made part of the museum collection. He was one of 15 selected to paint at the Forbes Colorado Ranch and exhibited at the Forbes Museum in New York and made part of the permanent collection. He was featured on the cover of American Artist Magazine. He was featured in American Art Collector Magazine in June and July 2017, October 2016, January, February and July 2015, December 2014, February 2011 and January 09 and several issues of Fine Art Connoisseur Magazine including June 2013, July 2016 and Jan 2018. He exhibited with 23 nationally recognized marine artists at; the Newport Art Museum, Maine Maritime Museum and Connecticut River Museum. …more

“Light alters the color of all objects and touches those nearby.
It sets a mood and evokes emotion, which I strive to portray in my work.” 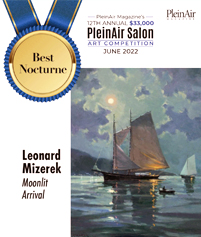 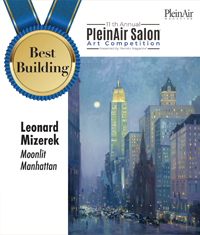 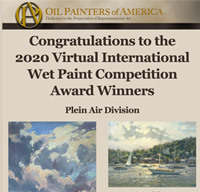 Leonard is known for his colorful, luminous seascapes and expressive brushwork, paints on site from exotic locations throughout the world. ...more